💖 What’s GENN about?/ Where did the name come from/How did you set up?

GENN means crazy in Maltese, though can also be used to mean cool (think an equivalent for ‘that’s sick!’) which I think perfectly encapsulates what the band is really, both musically & as an experience. We became what we’re known as now over the time period during our efforts to relocate to the UK from Malta, picking up Sofia on drums over the internet along the way which completed that transformation on the creative side of things.

I just really, really like music. The goosebumps you get when you listen to a song you really like? It’s my favourite thing ever – my #1 pastime is planning out a whole trip around seeing a band I really love out of town. That & the frequent need to create led into a fairly natural progression into music.

So far, it hasn’t been that consistent, actually. The default is to just jam ideas out when we’re together, but in the case of Liminal that was only the case for Feel. The rest were written in the midst of the strictest & first lockdown, so we were sending structured ideas back & forth over the internet.

We all have such vastly different ones! I think the easiest answer is that life in itself is inspiring – both good & bad days can lead to the push to translate the result into something tangible. As far as music influences go, it’s a little trickier – I love anything that has bass with a little backbone in it, which is ambiguous enough that you can find something in many genres.

The natural extension of the sound we go for – genuine, but with a little bit of flair to make it more interesting. We want what we present to be as authentic to ourselves & what we play as we can.

💖 I love the mackerel that features on the merch & vinyl sleeve! Why mackerel?

Because it’s fun 🙂 as a theme the sea is a recurring element in our lives, in where we’re from &/or where we are now, & the final designs are a reflection of that exploration.

💖 You managed to create ‘Liminal’ during a pandemic! What was that process like?

Very reliant on the internet! I touched on this in the creative process question, but we were in a position where we couldn’t meet up at all so we were using a platform called Soundtrap (which is kind of like a google doc approach to a DAW) to formulate ideas & add our own parts to them in our own time, whilst communicating what works, what doesn’t, & anything else over video call. It was an experience because it’s the exact opposite of what we’re used to, but maybe this means we’ll be able to harness the best of both approaches in the future?

💖 You were recently featured on BBC Music Introducing. What was that like? How can the industry help promote & support bands, especially coming out of lockdown?

It always feels amazing to get noticed by established platforms! It feels like receiving an impromptu gift every time to me.

In terms of support, most definitely granting as many opportunities as possible for bands to create & promote as much as they can. There’s a myriad of funding opportunities from different organisations around at least so that’s something, but from what I’ve seen the weakest point has definitely been the security for the gig industry. Festivals with reputation have been preemptively cancelled left & right because there’s no type of insurance in place for them if they end unable to take place again this year.

💖 You have said that Liminal signifies the beginning stages of the birth of a new era for the band. How would you describe this new era?

I’d like to think that it’s the era where we come into our own.

The band has been around long enough to have seen us through the turbulence of adolescence, so Liminal marks the first point where we feel there’s an element of stability in our identity.

My favourite maxim for a while has been ‘don’t be a dick’- show the people in the scene you like that you appreciate them, & be nice to the ones you don’t!

💖 Tell us about your latest release. What’s the feeling to it/what’s it about?

I’m pretty proud of the name we picked for it to be honest, as I really feel Liminal is the best & most concise way to describe it. It’s a transitory piece that reflects the liminal position we’re living, metaphorically & musically. A stepping stone into the future.

We’re still feeling it out, really, but we’re still trying to explore what our next move as a band will be like to hopefully make it even bigger than the last one! Our material can be found on all major streaming platforms & on Bandcamp – all can be found here: https://slinky.to/Liminal

At time of writing, our Great Escape showcase is about to happen(May 14th)! Aside from that, we’re booked in for a few festivals & a couple of local gigs – I’ve actually just updated the details of those so they can be found on our website & the main touring platforms 🙂 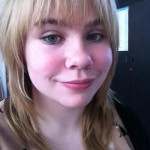